The thread of traces of architectural history as remnants of personal histories run through a lot of my work. Cemeteries have always intrigued me as they condense this into small spaces, like small towns with traces of peoples’ life stories and aspirations translated by the architects of their tombstones.

When I was taken around Washington DC’s historic Congressional Cemetery I was intrigued – the memorials are grand – but I also loved that the space has been taken over by dog walkers, whose crazy canines run around loving the green space in this dense city.

In this series of lithographs – produced as a fundraiser for the cemetery – I put the dogs first, in the foreground – the dog represents the most honest form of loyalty, against the backdrop of this complex place where people come to honor and show loyalty to ancestors and family.

I treated the gravestones to draw attention to their monumentalization – many are constructed in the way of Greek and Roman temples, layering time back to the ancients and their representations of death, burial and different worlds. By doing this, I was able to create new landscapes.

The backgrounds are deliberately muted in a similar monochromatic scale, which both softens the idea of death and draws the viewer in to make out the details they contain.

But throughout the series, the charcoal drawings of the dog remain the focus, keeping the viewer in the present tense. The variety of representations of the dog builds a sense of evolution from puppy to adulthood, and connects each piece in the series. 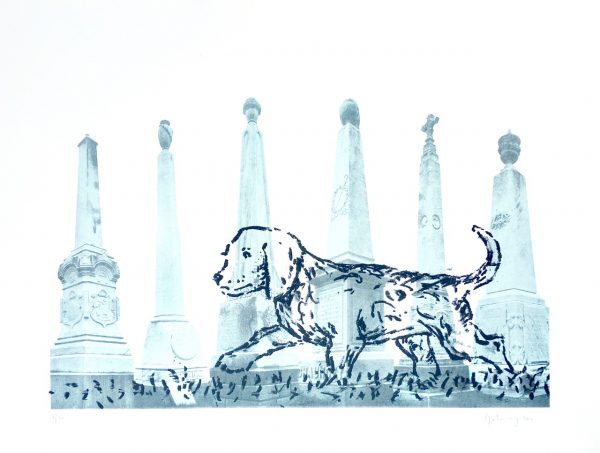 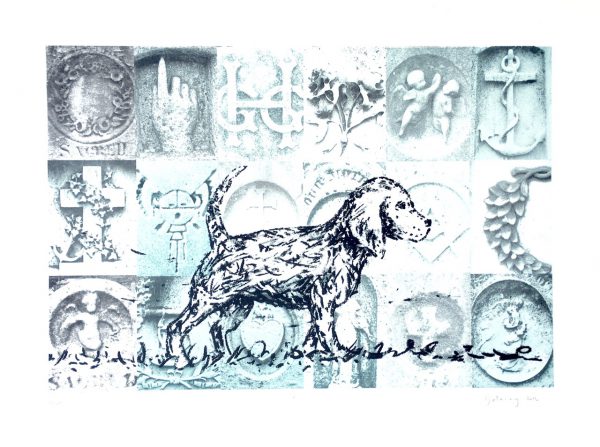 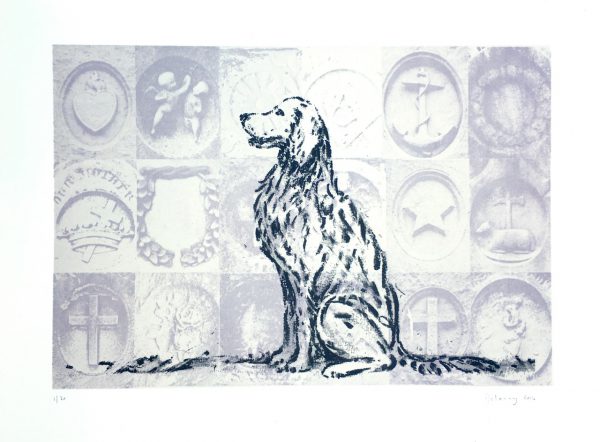 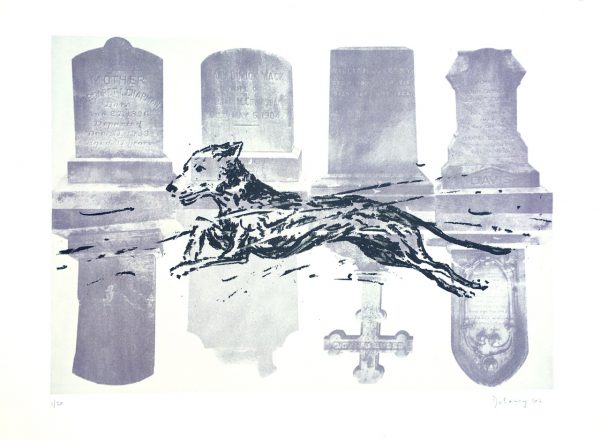 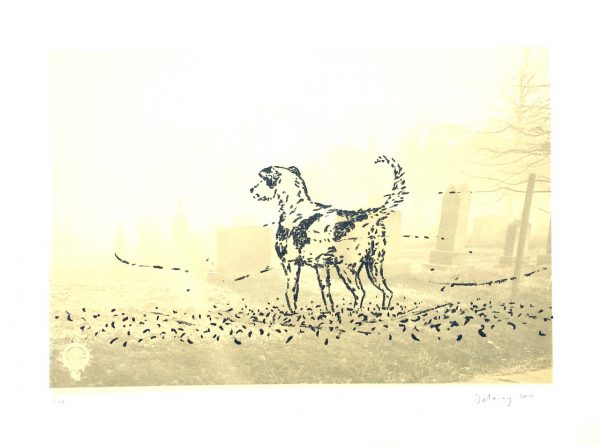 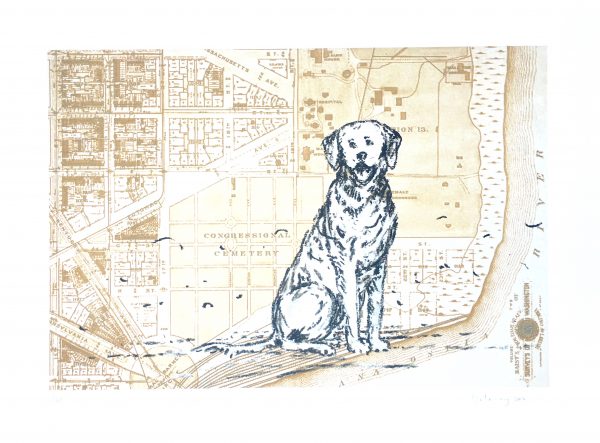