These prints were made on the streets of New York and Johannesburg by applying paint to manhole covers, laying paper over them (100% cotton paper which is absorbent enough to pick up the paint) and using a roller over the back of the paper – rather like printing from linocuts or lithograph plates.

They’re done late at night or early on weekend mornings when the streets are quiet (many are located in the middle of busy roads) and to avoid authorities. Some paint is left behind but it wears off after a few weeks.

The manhole covers vary between parts of the city which were developed at different times, and so they trace a history. These were all made in older districts, and some are very rare, discovered by walking the streets and mapping different locations of covers.

There are no editions of these prints, as each is unique. 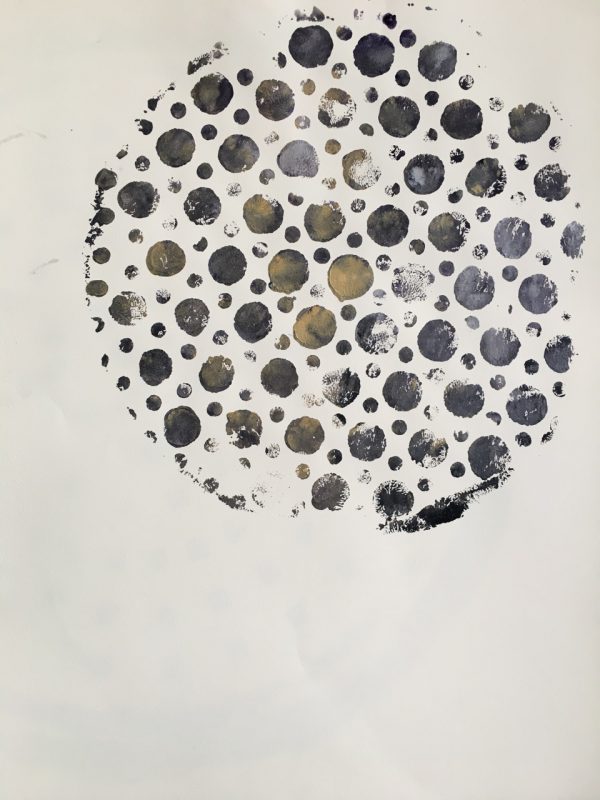 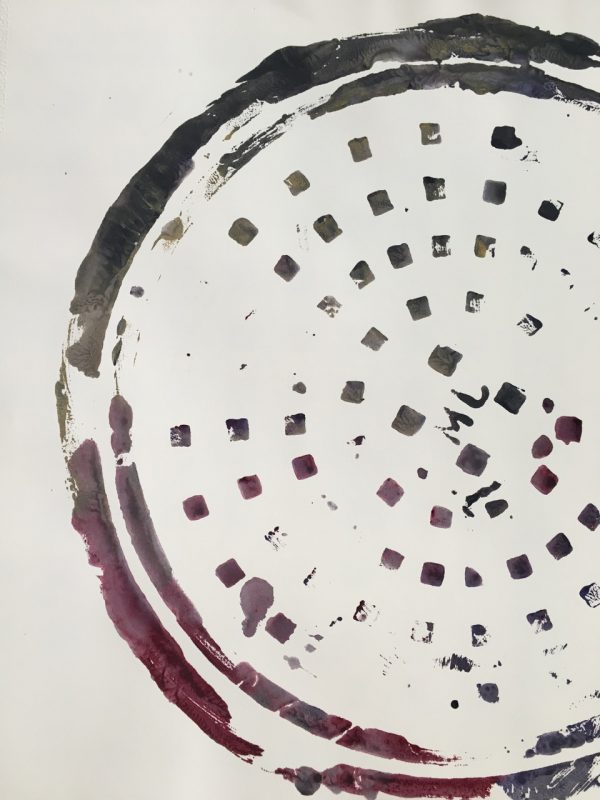 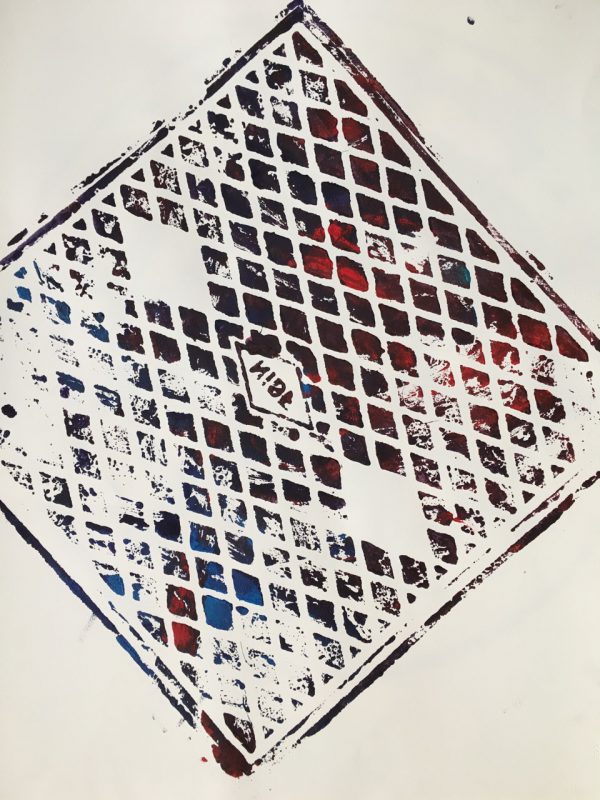 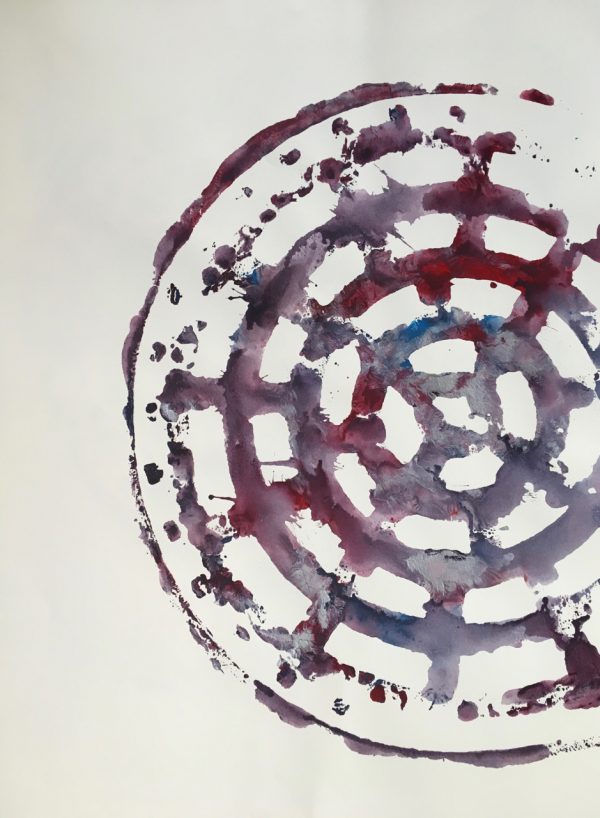 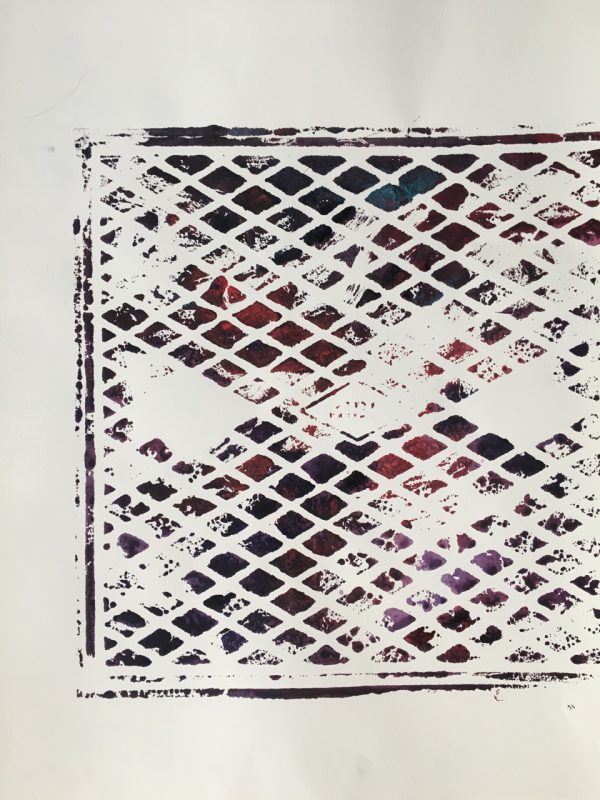 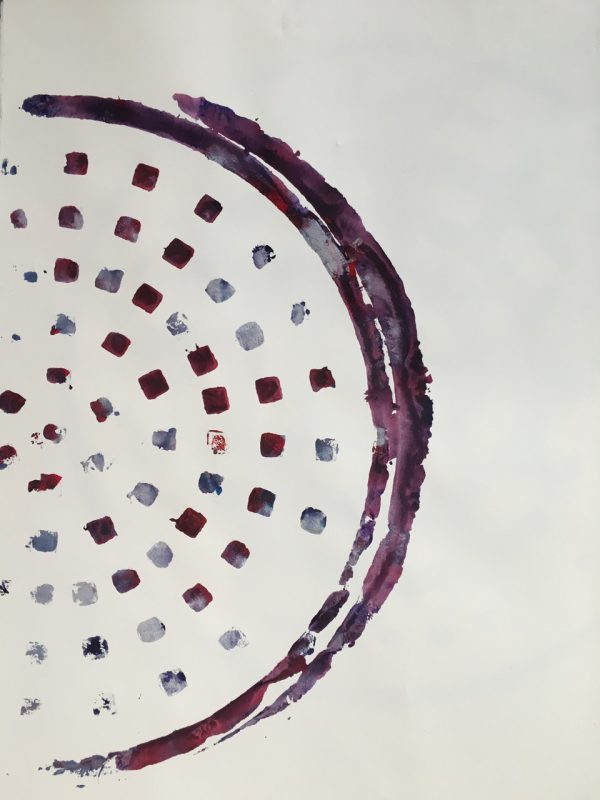 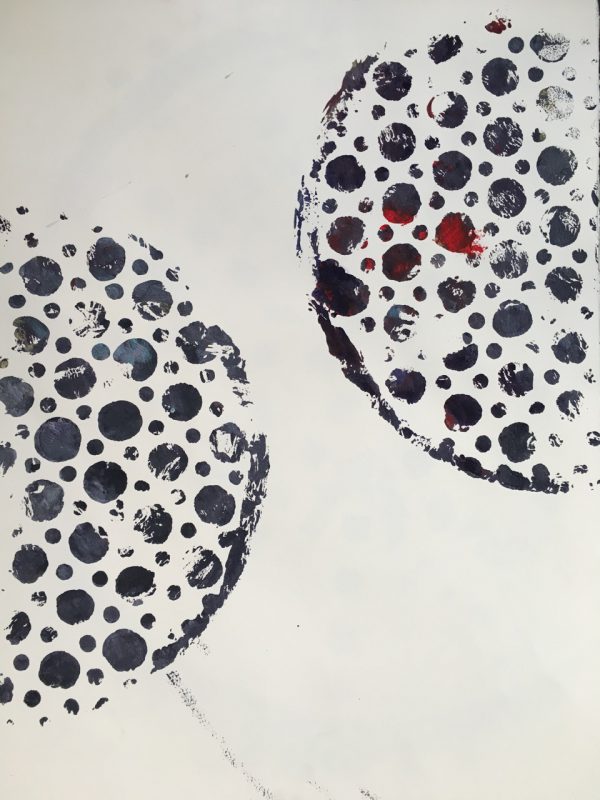 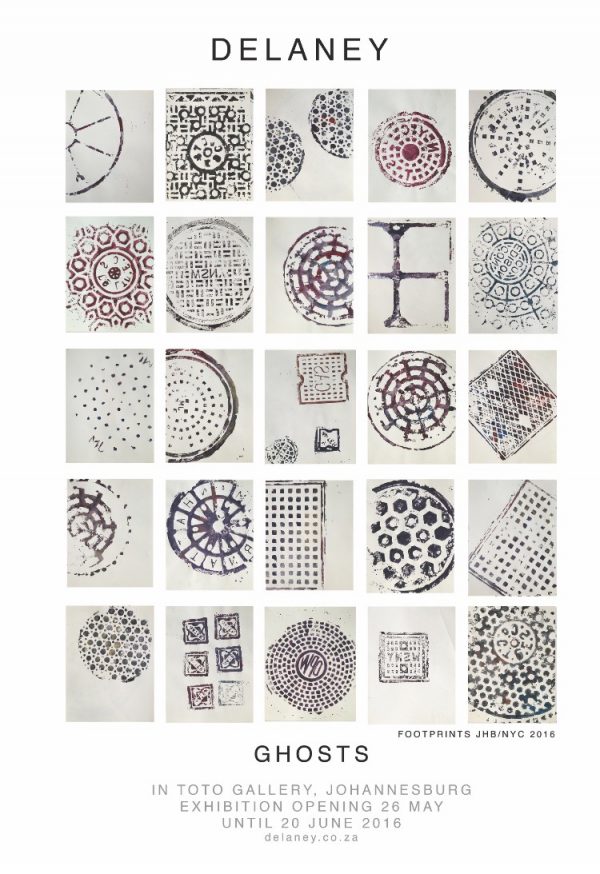 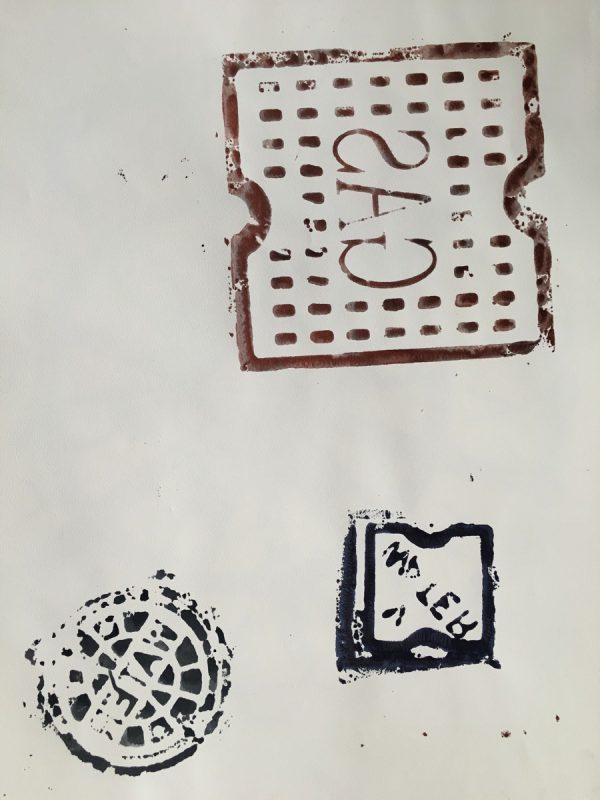 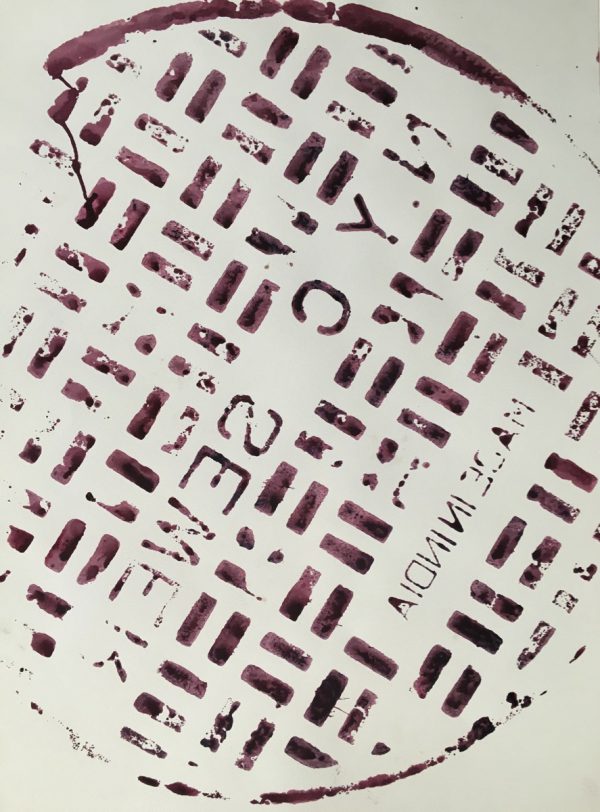